On Thursday evening, the Federation of Irish Sport honoured the dedication and service of President of Athletics Ireland, Georgina Drumm as one of their Outstanding Contribution recipients for 2021. The presentation was part of a joint recognition award for two stellar members of the sporting community, with the second recipient to be announced in later this year. The honour, which usually forms part of the Irish Sport Industry Awards, provided the finale for what has been an incredibly insightful and engaging three evenings of discussion and debate.

“Our sector is built on the dedication and hard work of so many individuals who turn their passion for their sport or activity into a life of service. Our Outstanding Contribution recipient, Georgina, epitomises that and we are delighted to be able to recognise her efforts. While we chose not to host our Irish Sport Industry Awards this year, we felt it was appropriate and indeed necessary to continue the tradition of the Outstanding Contribution award. We will also release details of a second recipient later this year. I am delighted as Chairperson to be able to spotlight and honour the work of Georgina today”.

A history breaking legacy for Georgina Drumm, the first female president of Athletics Ireland which under her stewardship saw female membership increase by 20,000 between 2008 and today.

Georgina Drumm made history as the first female president of Athletics Ireland in 2016 after a long history of roles within the sport. Like many, Drumm's involvement with athletics began many years ago when she brought her son, then aged five, to a local sports day. She joined her local club Mountpleasant AC and soon became involved in administrative roles and quickly moved up the ranks to serve as Registrar, Competition Secretary and Chairperson with the Louth County Board. She was also the Chairperson of the Leinster Provincial Council for a number of years. At national level Drumm was Secretary of the NACAI from 1997 to 1999 and, following that association's merger with BLÉ to form Athletics Ireland - a move which she strongly supported - she served as joint Secretary of the unified governing body during the transition period from 1999 to 2002. Following the completion of that transition period, Drumm was elected as sole Secretary of Athletics Ireland in 2002 and continued in that role until 2006 when a full time CEO was recruited. In 2015 she received the prestigious European Athletics Women's Leadership Award and in 2017 she was elected to the board of the Olympic Federation of Ireland.

A superb three evenings of reflection and inspiration

Speaking about the series as a whole, Mary O’Connor, CEO of the Federation of Irish Sport said, “The series has been a hugely enjoyable and worthwhile event. Similar to many when faced with the challenge of hosting an event during the pandemic, we chose to innovate and adapt our traditional ceremony to produce a series that would bring people together in a positive, engaging and thought provoking virtual setting. The three evenings provided a much needed opportunity to reflect but also to look towards the future and the role of sport and physical activity as we emerge from a difficult 12 months. We were treated to some fantastic discussion from our guests, and I have no doubt, we are all leaving with a sense of positivity about an innovative future for sport and physical activity’.

The series covered three core areas: investment, international and innovation through a combination of keynote interviews and panel discussions including ‘Sport and Physical Activity as a vehicle for corporate investment’, ‘Bringing international sporting events to Irish shores’ and ‘The role of digital transformation and innovation for the sport and physical activity sector’. Contributors brought a variety of insight and experience from government departments, international projects, market leading multinational corporations, philanthropic investment organisations and sporting bodies 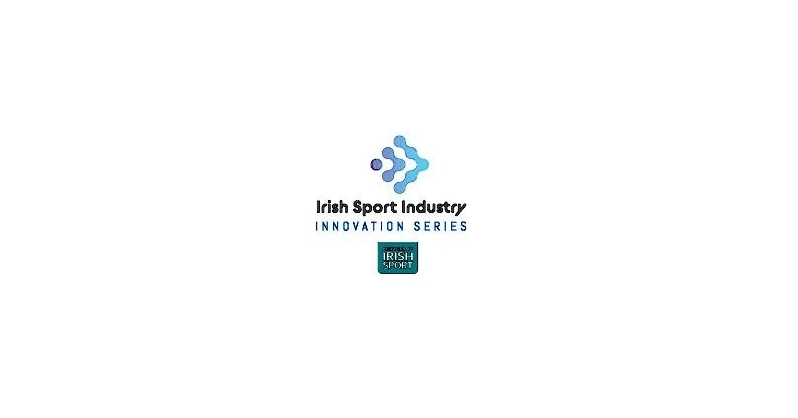