Based on the SPORTSHALL endurance programme, Fit Class provides primary school pupils with an opportunity to test their endurance and speed across two tests - a one minute endurance run and a max speed test

Offaly Sports Partnership developed the Fit Class programme in 2014 as a means of measuring the fitness levels of primary school pupils from 1st to 6th class. A one minute endurance run and a max speed test were carried out in schools between Easter and June, and results were compared across all participating schools with a series of baseline measurements identified.

Since 2016, Offaly Sports Partnership has hosted a remote Fit Class competition among primary school pupils in Offaly. Participating schools attempt the one minute endurance run and max speed tests with their results compared across all participating schools.

Endorsed by Offaly Olympians, Pauline Curley, James Nolan and Gordon Kennedy, the fittest classes and pupils are recognised with class and individual certification; while all results are compared against the 2014 / 2015 baselines to confirm whether fitness levels are improving, deteoriating or remaining the same 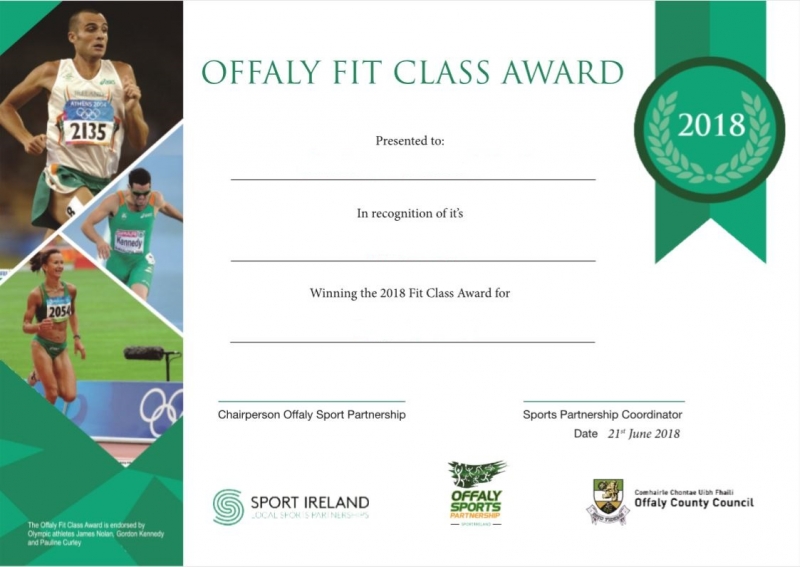 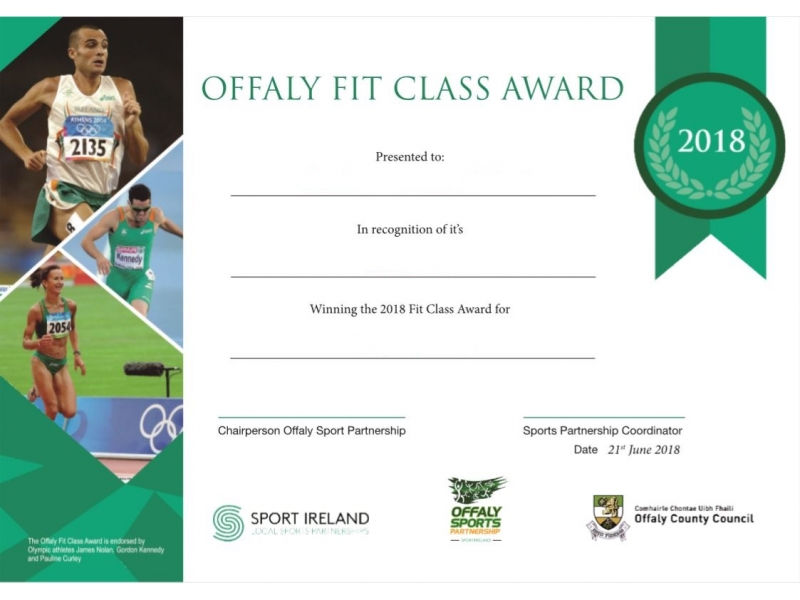